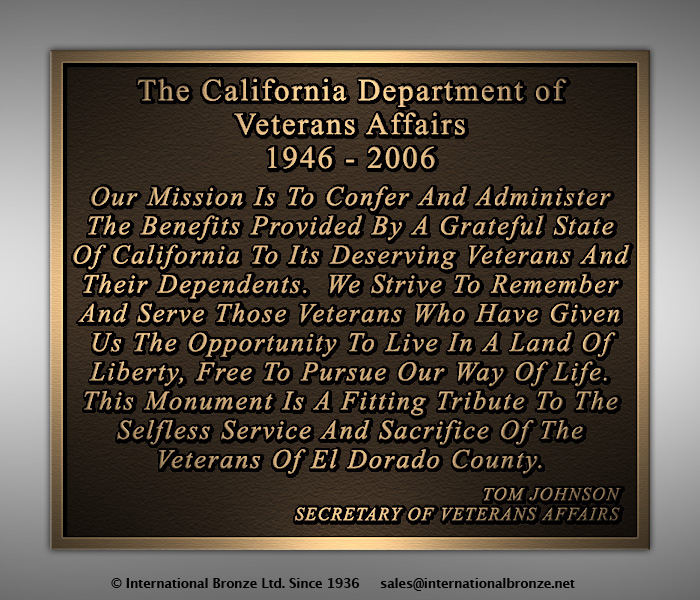 Former United States Marine served two tours in Vietnam. In 1965 as a Automatic Rifleman he participated in the first major Marine Corps amphibious assault since Korea, and in 1968 was awarded the Navy Cross for his action against the North Vietnamese Army during the battle of Le Bac (1), where Buchanan upheld the highest traditions of the Marine Corps and the United States Naval Services. He served as National Commander 2004-2005 of the Legion of Valor of the United States of America, organized and chartered by the U.S. Congress, April 23, 1890. A forth generation Californian, he attended Saint Mary’s College of Moraga, California and is retired from government service. He has lived in Placerville, California with his wife the former Janet Riley and daughters Megan and Melinda for thirty years.

LCDR Peter Wolfe, USCG (RET) served as an officer on high- endurance cutters and was awarded the Humanitarian Service Medal for search and rescue and law enforcement. Peter was an architect and building Inspector in civilian life and retired in 1998 from the U.S. Coast Guard as a Lieutenant Commander with 22 years of enlisted and commissioned active and reserve service.   Peter was stationed on two High Endurance Coast Guard Cutters home ported in Virginia. The Coast Guard Cutters RELIANCE and TANEY primarily conducted fisheries and law enforcement patrols in the North Atlantic and in the Caribbean. Peter has been a team member or Boarding Officer responsible for nearly 100 drug enforcement boardings and vessel seizures at sea. At the height of the Cold War in 1976, Peter found himself leading a boarding party which seized a 611-foot Soviet Transport Ship for violations of the then newly-established U.S. 200-mile Limit. Peter’s boarding party of nine Coast Guardsmen took control of 96 Russian crew members and sailed the Motor Vessel ANTANAS SNECHKAS into the Port of Boston.   In 1979 Peter was assigned as Operations Officer for the Commander, Southeast Squadron, the officer responsible for the U.S. military response to the Cuban Refugee Crises and the Mariel Boat Lift. Peter Wolf was awarded the Humanitarian Service Medal for search and rescue and law enforcement accomplishments in that action.   Lieutenant Commander Wolfe was Commanding Officer of the Reserve Small Boat Repair Unit in Albuquerque, New Mexico, and the Coast Guard Patrol Boat Squadron in San Diego, California. He also served as Executive Officer of the Coast Guard Reserve Pacific Area Maintenance and Logistics Command and the Pacific Area High Endurance Cutter Augmentation Unit.   Lieutenant Commander Wolfe completed an assignment as an HC-130 Air- Crew Member and Executive Officer of the Coast Guard Reserve Air Station in Sacramento, California. As a reservist, Lieutenant Commander Wolfe went to Alaska to assist in the clean-up operations related to the grounding of the Exxon Valdez and completed assignments related to Operation Just Cause in Panama, the Student Rescue in Grenada, and Operation Desert Storm. Peter Wolfe is a graduate of the U.S. Coast Guard Marine Law Enforcement School and the prestigious U.S. Search and Rescue School.

John W. Collens, born in 1924, is a retired Air Force Major General with 33 years active duty and 4 years in the Reserves between WW II and the Korea war. His career included service in the Army Air Corps flying B-17s from Italy in WW II. He was shot down near the Soviet/German frontline in Poland and evaded capture.   He returned to college after the war and was recalled as a meteorologist for the Air Force in 1949. He flew 75 reconnaissance missions in the Korean War and air transport missions into Southeast Asia during the Vietnam War.   Assignments included command of a weather reconnaissance wing, Air Weather Service, Chief of Staff of Military Airlift Command and Deputy Inspector General of the Air Force. Post-retirement activity included community volunteer services and construction of a retirement community for former military officers.   He is the founder of the Air Weather Association, Second Bombardment Association, and member of the Air Force Association, American Legion, Veterans of Foreign Wars, and Marine Corps League. He has been a resident of El Dorado County since 1979.

MASTER SERGEANT WILLIAM D. CATHCART, Infantry, United States Army. Sergeant Cathcart, a member of an infantry company, distinguished himself by extraordinary heroism in action against the enemy in the vicinity of Chungbangp√≠yong, Korea. On the morning of 18 February 1952, the company of which Sergeant Cathcart was a member was engaged in an attack against a large hostile force occupying a strategic and well-fortified hill. In the ensuing action, Sergeant Cathcart observed that the leader of the assaulting platoon had been killed and the friendly troops had been pinned down by the intense enemy fire. Without hesitation, he rushed to the men, rallied them, and personally led them toward the crest of the hill only to be met by such a tremendous volume of fire that a withdrawal was necessary to save the friendly force from annihilation. Upon reaching the base of the slope, Sergeant Cathcart realized that several wounded were still on the fireswept hill. Without regard for his personal safety, he traveled back up the slope directly in the face of the heavy enemy fire to evacuate his stricken comrades. Six times, Sergeant Cathcart made his way almost to the edge of the enemy bunkers, and six times, he returned with a wounded man. Through his utter fearlessness and completely selfless devotion to his men and his duty, Sergeant Cathcart saved the lives of several of his comrades at great risk to his own. The extraordinary heroism display by Sergeant Cathcart on this occasion reflects the greatest credit on himself and is in keeping with the most esteemed traditions of the military service. Mr. Cathcart resides in El Dorado County with his wife Ann. California.

William “Bill” Schultz was born in 1933 in Montebello, Ca into a military family. His father retired from the U.S. Navy in 1959 after serving 28 years. Bill entered boot camp in 1952, graduated as “Honorman” of company 0488 in San Diego, Ca. He then graduated from Aviation Mechanic School in Norman, Oklahoma and became a Flight Engineer in preparation for duty in Korea. Later in his career he volunteered to be trained as an Air Traffic Controller. He served at many duty stations in the U.S. and overseas and also served aboard the U.S.S. Enterprise (CVAN-65) from 1966 to 1970 for four separate tours off the coast of Vietnam, during this tour of duty he was advanced to Chief Petty Officer.   In 1972 he retired from the Navy and settled down in Placerville, CA. He was the Data Processing Manager for Mother Lode Bank, and then worked for El Dorado County in many positions before running for the office of Recorder-Clerk and being elected in 1995.

LIEUTENANT COLONEL GREGORY A. M. ETZEL (then Captain), distinguished himself by extraordinary heroism in connection with military operations against an opposing armed force in Southeast Asia as an HH-3E helicopter pilot on 2 and 3 July 1967. On the 2nd of July, Captain Etzel flew his helicopter into one of the most heavily defended areas of North Vietnam to rescue a downed F-105 pilot. Unable to effect a pickup because of oncoming darkness and intense small arms fire that damaged his aircraft, Captain Etzel withdrew from the area. After landing at a friendly base, he volunteered to continue rescue operations the next day. After minimum rest, he took off at first light and flew through intense automatic fire, dodged deadly missiles, and evaded attacking MIGs in search of the downed pilot. In the face of heavy small arms fire that severely damaged his helicopter, he located and rescued this valuable pilot. Through his extraordinary heroism, superb airmanship, and aggressiveness in the face of hostile forces, Captain Etzel reflected the highest credit upon himself and the United States Air Force. LCOL Gregory Etzel and his wife Roni reside in Citrus Heights, California

Don Donaldson, 1918-2007 was a WWII veteran who resided in Pollock Pines, CA with wife Marjorie of 60 years. Don was raised in Oakland, CA, where he attended public and private schools. Don made interior design his career and was working in that capacity when WWII broke out. Don had a low draft number because of an athletic knee injury and was not listed fit for combat, but he felt he could not continue a non-essential job while millions of people were being killed all over the world.   Don settled all his personal affairs and volunteered for Navy Dec. 17, 1941, ten days after the outbreak of the Pacific War at age 24. Don Selected the Aviation Branch and was a charter member of Squadron VF-11, the renowned SunDowners, as enlisted aviation machinist mate. Don was on a total of 10 different warships, 8 of them Aircraft Carriers in hostile waters.  Don was a resident of El Dorado County.