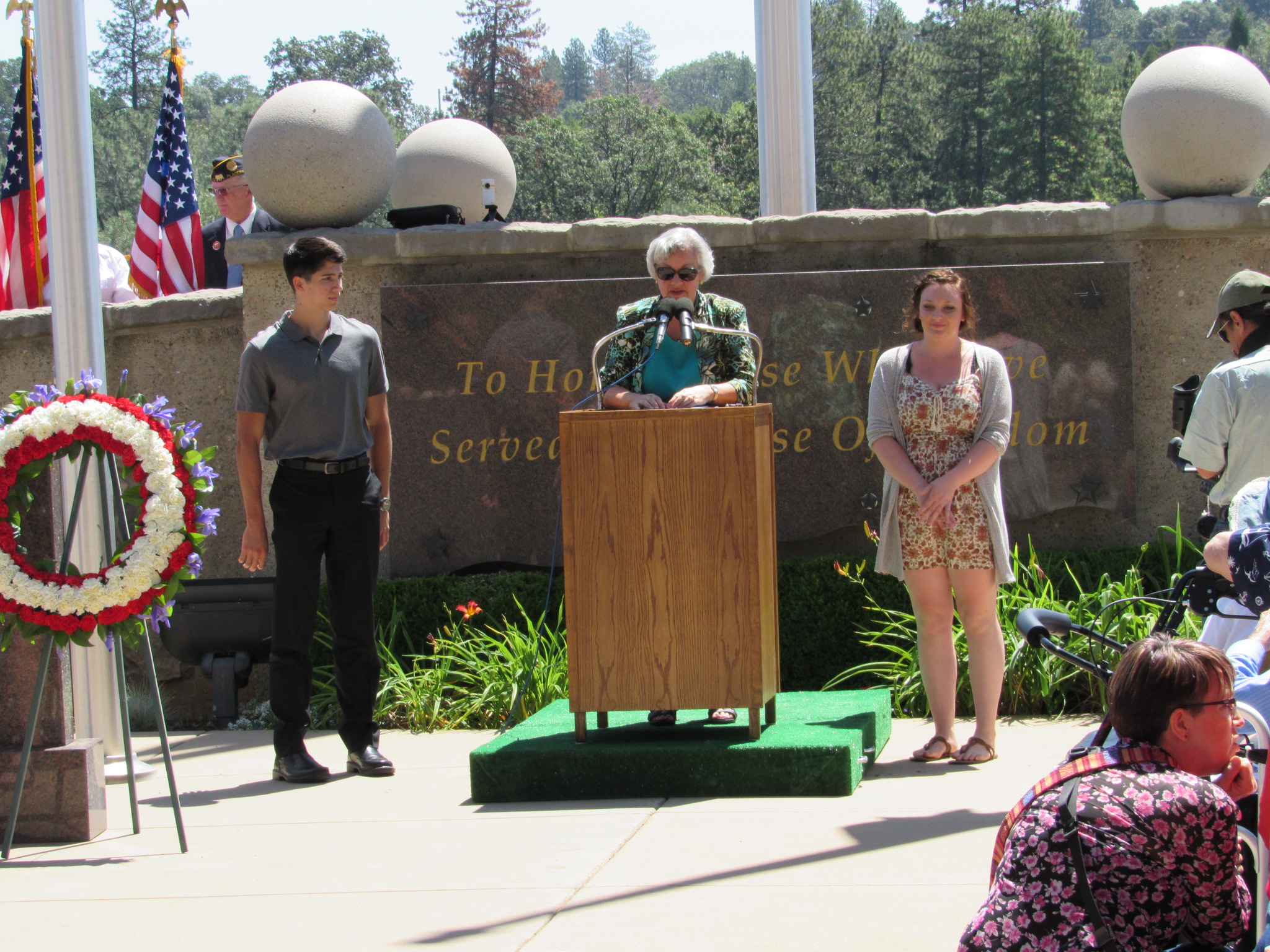 To qualify, an applicant must be a son or daughter of a living or deceased U.S. veteran and have a GPA of 3.0 or higher. Applicants must complete the Scholarship Committee’s application and include a brief essay addressing the following question: “How will you help preserve America’s freedoms?” In addition, applicants should attach a letter of recommendation from a high school teacher or faculty member. Completed applications should include a copy of the veteran’s DD 214 form or equivalent. Applications are available at the El Dorado Community Foundation, www.eldoradocf.org, or may also be available at your high school’s Counseling Office. Applications may be mailed or hand-delivered to the El Dorado Community Foundation and must be received by April 1. Your completed application and attachments may be submitted to:

Applications are available through:

Use: The award shall be used only for tuition, books, materials, fees, room and board. The award is payable directly to the institution.

Eligibility: Military service is defined as honorable service, past or present.

Committee: Final decision to recommend scholarship awards will be made by the Scholarship Fund Advisory Committee.

Veteran is defined in Veterans Benefits, US Code, and Title 38-101.

Recently, the Veterans Monument Scholarship Advisory Committee introduced an additional scholarship opportunity, the Scholar Athlete Scholarship Fund, in remembrance of Marine SSgt Sky Mote, NC, who was killed in Afghanistan on August 10, 2012. The new Scholar Athlete Fund will be available for educational opportunities to exceptional high school student cross country athletes who are performing well in the classroom and on the field.

SSgt Mote was killed in action on August 10, 2012 during an attack by a rogue Afghan policeman inside the base perimeter in Helmand province. “In his final act of bravery, he boldly engaged the gunman, now less than five meters in front of him, until falling mortally wounded. Staff Sergeant Mote’s heroic and selfless act assisted in halting the enemy assault and ultimately forced the enemy to withdraw,” his citation states.

This scholarship fund will ensure that Sky Mote will never be forgotten. Sky’s father, Russ Mote, said, “Sky epitomized the characteristics of sportsmanship, leadership, and his love of running.” The Veterans are pleased to have this opportunity to create this scholarship in order that his selfless sacrifice and dedication to duty will live on in the hearts and minds of his countrymen every time a scholarship is awarded.