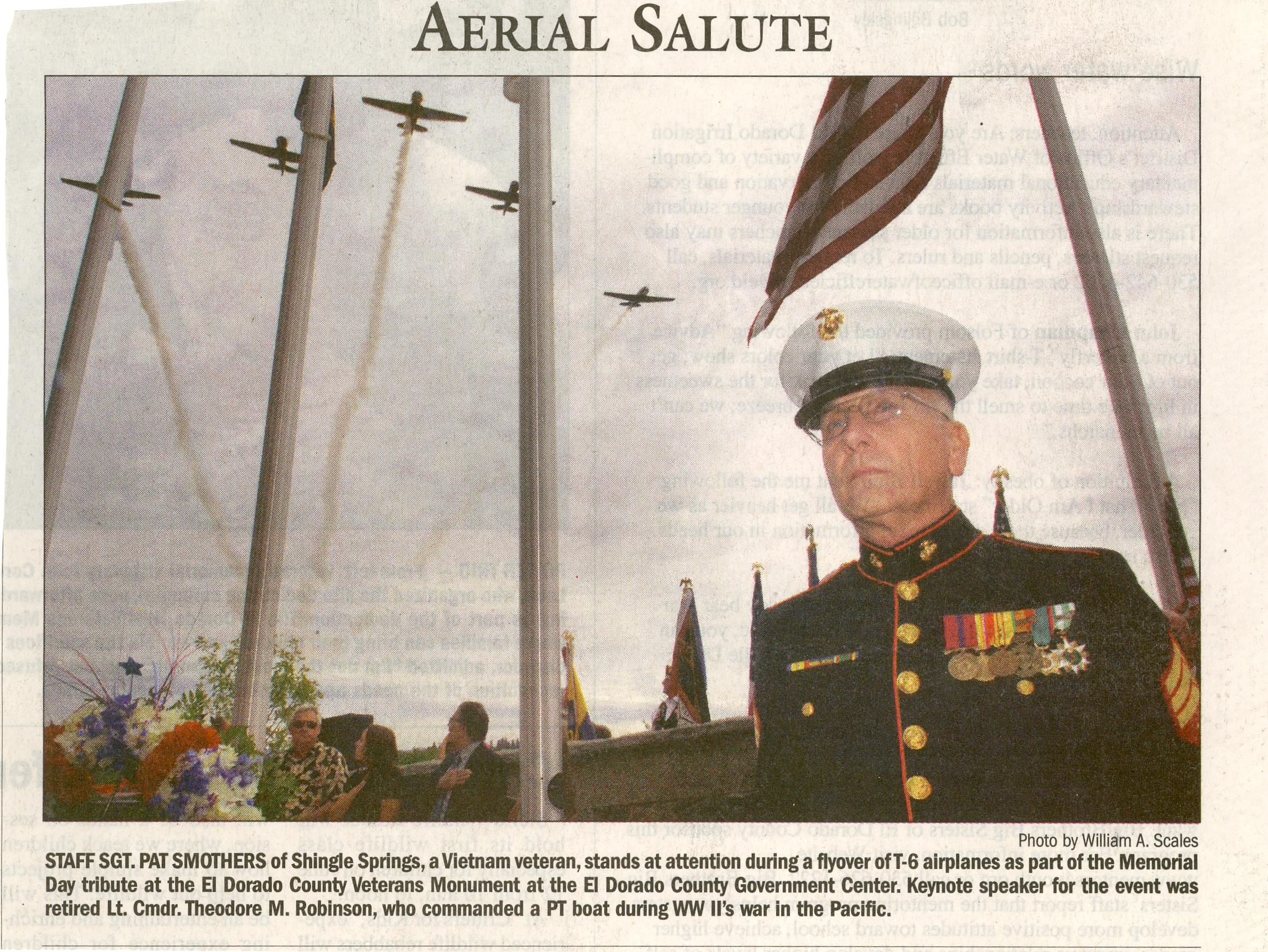 Pat Smothers is the seventh of nine children born to Mary and Norman Smothers of Dubuque, Iowa. After graduating from Duguque High School, Pat joined the Marine Corps in 1963. He attended boot camp at MCRD, San Diego, and served at various posts. In 1965 Pat served in Vietnam. He was honorably discharged with the rank of Sergeant in July, 1967. He has lived in El Dorado County for the past 35 years with his wife Susie. They raised three sons here and have six grandchildren.