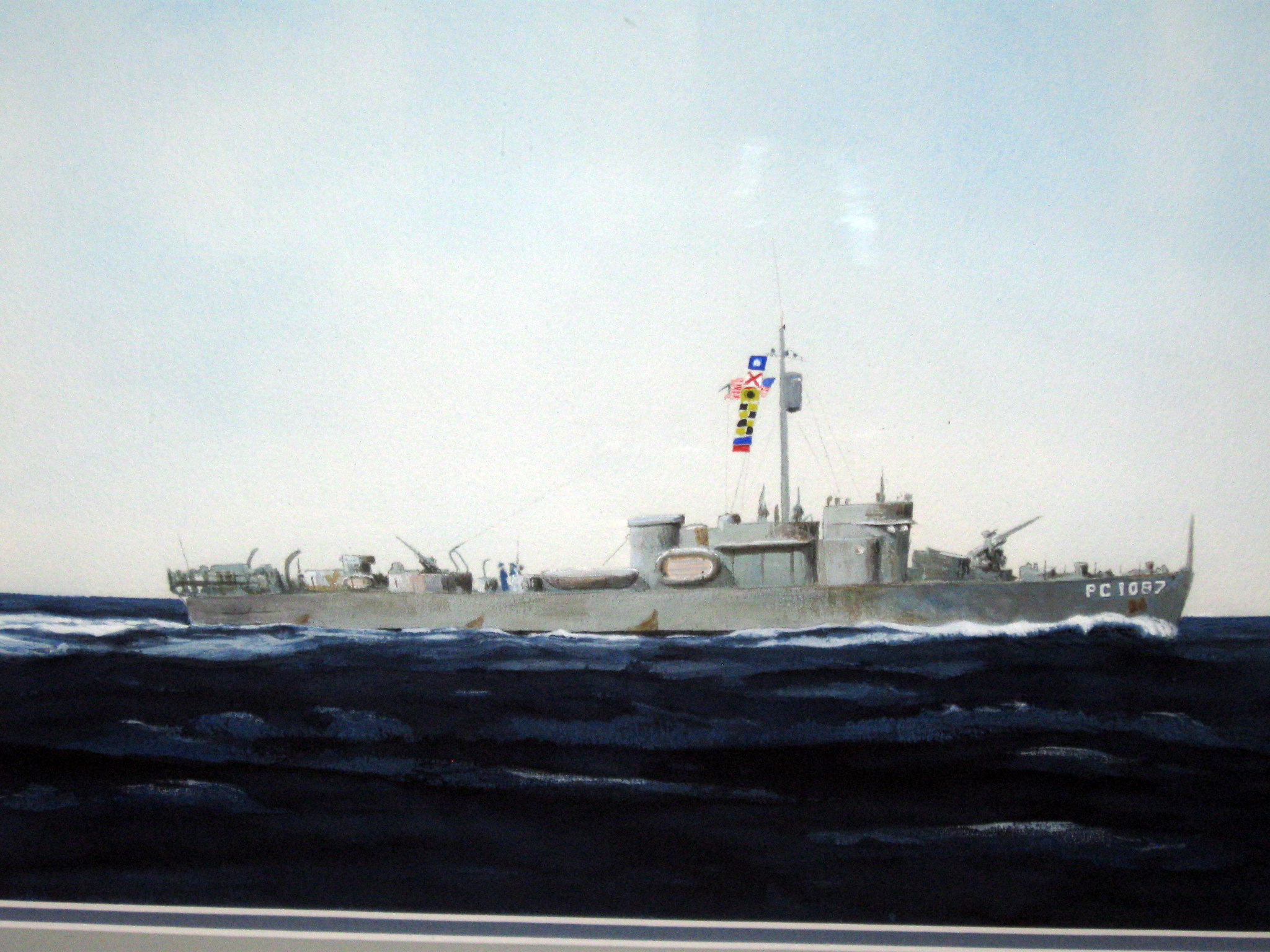 After final fitting out at Boston and Atlantic coast shakedown, PC-1087 was ordered to duty with the Service ForcePacificFleet. En route her first assignment she touched at Guantanamo Bay, Cuba 22-25 June 1944 and at the Canal Zone 30 June. Calling at San Diego, Calif. 10-14 July, she then departed for advanced base convoy escort and patrol duty.

She escorted a convoy from Eniwetok to Ulithi 10 August through 1 September. She then put in at Eniwetok 9 September. By 17 September PC-1087 was operating in Tokyo Bay, where she served in a patrol and escort capacity into November

The first week of December 194fi found PC-1087 returning to Atlantic waters for duty. Between 10 January 1945 and 6 May she made four escort runs between New York and Guantanamo Bay, Cuba. After this assignment she was once again allocated forPacific duty. Following a summer of upkeep and voyage preparations, she transited the Panama Canal, touched at San Diego and Pearl Harbor, and again took up inter-island Pacific operations. She called at Eniwetok 31 October 1946, at Kwajalein 3 November, and at Pearl Harbor one week later.

PC-1087 sailed to the west coast, decommissioned and was placed in reserve 20 February 1947 with the Pacific Reserve Fleet, Columbia River Group, Astoria, Oregon Named Placerville on 15 February 1956, she remained in that status until transferred under MAP loan to the Republic of China 16 July 1957. She commissioned as Tung Kiang in the Chinese Nationalist Navy, where she remains active into 1970.