California Rambling: Rarest of the Rare

Inside a “sea blue” metal building beside the Cameron Park airport, 15 craftsmen restore U.S. Navy WWII warbirds that truly are the “rarest of the rare.” 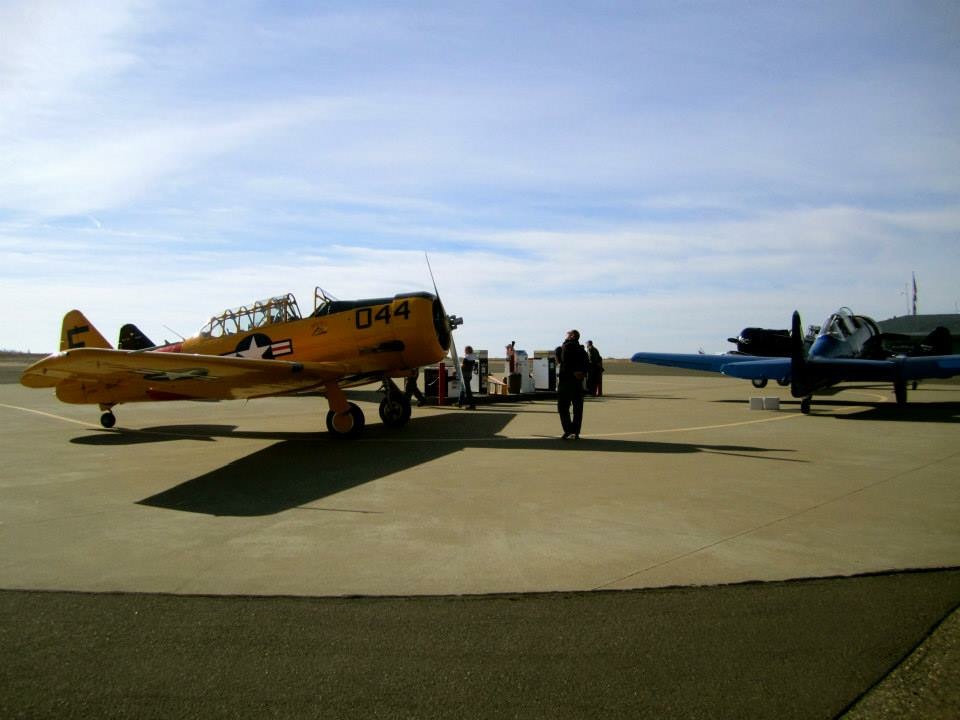 Presently being restored at Vultures Row Aviation are a Douglas SBD Dauntless dive bomber, the  bomber that won the battle of Midway; a Curtiss SB2C Helldiver, the Navy bomber that followed the Dauntless; and sections of several Vought F4U Corsairs, the Marine Corps fighter, considered by many to be the most formidable fighter of World War II.

What makes these birds so rare is that unlike other WWII aircraft still being flown, very few U.S. Navy aircraft of that era still fly. Most of those that are left have been rebuilt as showroom-shiny artifacts that will only hang or sit inside a museum and never again taxi on a runway, let alone soar free into the wild blue.

El Dorado County’s “Vultures Row Aviation” is a national treasure not just because its craftsmen painstakingly and authentically rebuild Navy warbirds from twisted, deformed remnants, but because they’re restoring them to fly again.

Often, there’s very little that is recognizable about what remains of the aircraft. Yet, Vultures Row Aviation uses every part that remains salvageable and either repairs or creates new parts, bit by bit and piece by piece, from raw metal and wood, until – three to five years later – the original is ready to fly.

Vultures Row Aviation is the creation of Chuck Wahl, a Navy “brat” whose blood runs with aviation fuel.  His dad flew Navy jets and before that his grandfather flew bombers in the Pacific during WWII.  At the age of five, Wahl not only began building model planes, but took his first flight and got to fly the plane.

By 16 he was soloing from Naval Air Station Rota in Spain, where his father was stationed, to Morocco and the Rock of Gibraltar. While still in high school, he earned his private instrument, commercial and flight instructor’s certificates. Later, he would work as an air traffic controller, often directing military aircraft.

Wahl’s first restoration was a North American T-28C “Trojan” Navy trainer completed in 2003. He had spent four years and 10,000 hours meticulously putting the aircraft together inside and out, while maintaining a detailed diary which has helped guide his later restorations. 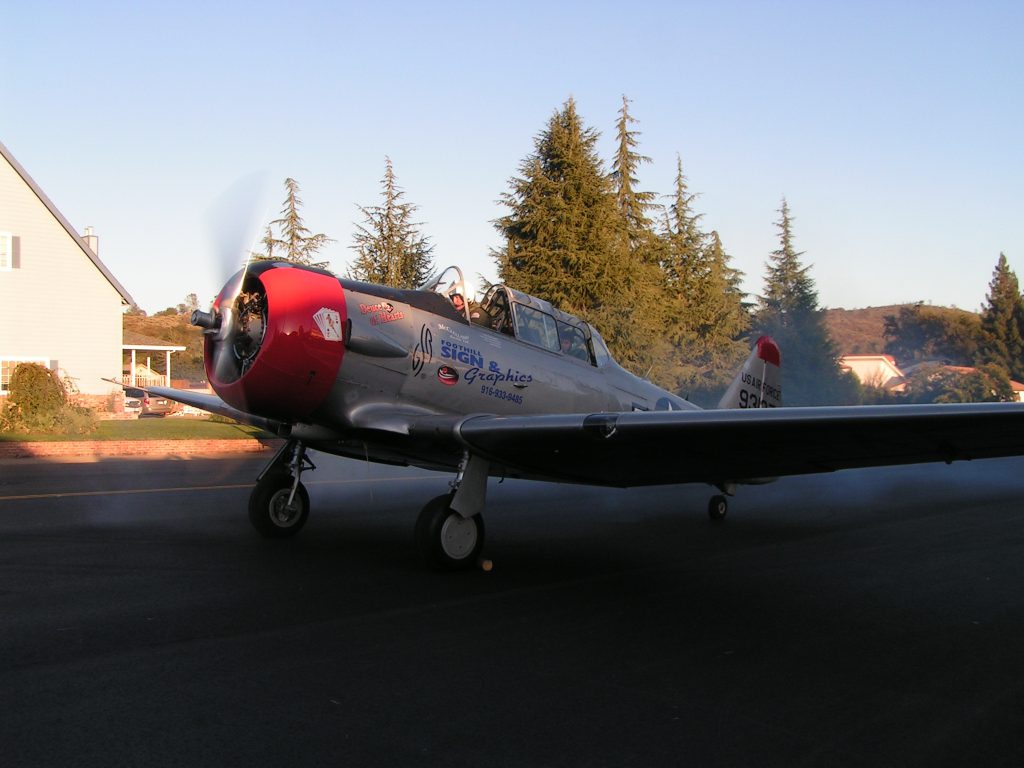 His T28C restoration won a succession of awards, leading to an invitation to participate in the National Aviation Heritage Invitational Trophy sponsored by Rolls-Royce and the Smithsonian Air and Space Museum where it was awarded the Henry “Hap” Arnold Trophy for outstanding and authentic warbird restoration.

Chuck and his wife, Carol, moved to Cameron Park in 2003 and set his sights on restoring a North American SNJ-5C “Texan” military training aircraft. In 2009, it received the Grand Champion National Aviation Heritage Trophy at the Reno Air Races, thereby inscribing Wahl’s name on a perpetual trophy housed at the National Air and Space Museum’s Steven F. Udvar-Hazy Center near Washington, D.C. and inspiring the Wahls to establish Vultures Row Aviation in Cameron Park.

There, Carol said her job searching for materials and parts “tends to be a bit of American Pickers meets aviation, because we really are looking in every last corner to find things that maybe uncle Bob took home from the war and left on a shelf in a barn.”

While Carol is pulling together the parts and materials to remake a rare warbird, Chuck is directing a team of highly skilled machinists, metal workers, electricians and aircraft mechanics who refabricate each bird to exact detail. Several of his crew are veterans, though what all have in common is a love of aviation and a dedication to craftsmanship.

Lodi’s Steve Clough at 30 years old is project manager on the Helldiver restoration. He admitted, “I do everything.  You name it… I have my hands on it.” Like several in the shop, he has an Airframe & Powerplant (A&P) license though Vultures Row’s greatest need is for sheet metal fabricators.

Mark Conley of Rancho Cordova described the work as, “…kind of an art form. You have to be pretty skilled.”

Placerville’s Rick Kauffman is carefully taking apart the center section of a Corsair’s wings to restore it back to an air-worthy status.  “To the uneducated eye,” he said, “it just looks like junk, but we see what its parts are and how they can be used.”

Stuart Vos of El Dorado is wrapping up riveting thousands of rivets to bind the aluminum skin of the Dauntless to its frame.  He said of the tireless task, “It has everybody’s name on it.  Everyone in the shop takes turns at it, and it’s painful.”

Machinist Sterling Grover of El Dorado runs a high tech CNC Machining Center that emits a high-pitched whine as it precision mills a 23-pound part from a 300-pound block of raw aluminum. He apprenticed in an aerospace machine shop at Aerojet and later made artificial limbs while working in the medical industry.

Lincoln’s Bret Lawrie, a vet who once worked on Navy jet engines, is now installing the dump chute for the 1940s-era Helldiver’s twin .30 caliber machine guns. “It’s still got a lot of internals to be done, but it’s beginning to look like an airplane,” he said pridefully.

Kale Goodman of Citrus Heights, who used to be a Navy aircraft structural mechanic working on F-14 Tomcat fighters, is now an expert sheet metal fabricator at Vultures Row.  His dad, Billy Goodman, Sr., was a Marine infantryman and Navaho Code Talker during World War II and now he’s working on aircraft that would have flown over and fought with his father during the war.  Kale said that when restoring the warbirds, “I’ve often thought about that.”